True giants of fashion, few designers can claim to have had such a profound impact on the fashion of their time, as well as on society as a whole. A little history of fashion…

Until the early 1960s, fashion was a rite of passage for any woman who aspired to join the ranks of high society. The rules and codes were strict, designers were titans hailed by the press of the time, and ready-to-wear was just starting to emerge. Christian Dior, Jean Patou and Hubert de Givenchy prescribed a sophisticated fashion intended for the grande dames of this world, and actresses in particular. But then, along came the sixties, and gave this fashion establishment a kick up the backside. The '60s were a decade of audacity and daring. Ready-to-wear finally took off, thanks to Pierre Cardin and Yves Saint Laurent in particular, who set their sights on the industrialisation of fashion. "Affordable” luxury boutiques began to pop up all over Paris. Their aim? To get closer to the "everyday woman"; the person wearing the actual clothes.

At the same time, women's lives were changing dramatically. A revolution was underway, arriving from straight across the Channel, with the creation of the ultra-short mini skirt by Mary Quant. This audacious hemline was an immediate hit, despite the many chauvinistic controversies that faced the seductive garment. In France, in 1969, came a sexual revolution. Traditional morality was turned on its head and young people longed for the freedom to live as they choose. Fashion designers were quick to support these young modern women and helped them discover new horizons…

Spanish designer Paco Rabanne will be best remembered for his metallic, chainmail dress. A true sixties icon, this space-age garment made an immediate impression, through its extraordinary style as well as its design. And such was Paco Rabanne’s aim: to break with the codes of traditional couture. Forsaking the traditional needle and thread, he opted instead for a toolbox, with pliers, rings and rivets. His methods remain a trademark of the label today, where they are also applied to handbags and jewellery. And the it-girls of 2021 are lapping it up. So it turns out some things really do never go out of fashion. 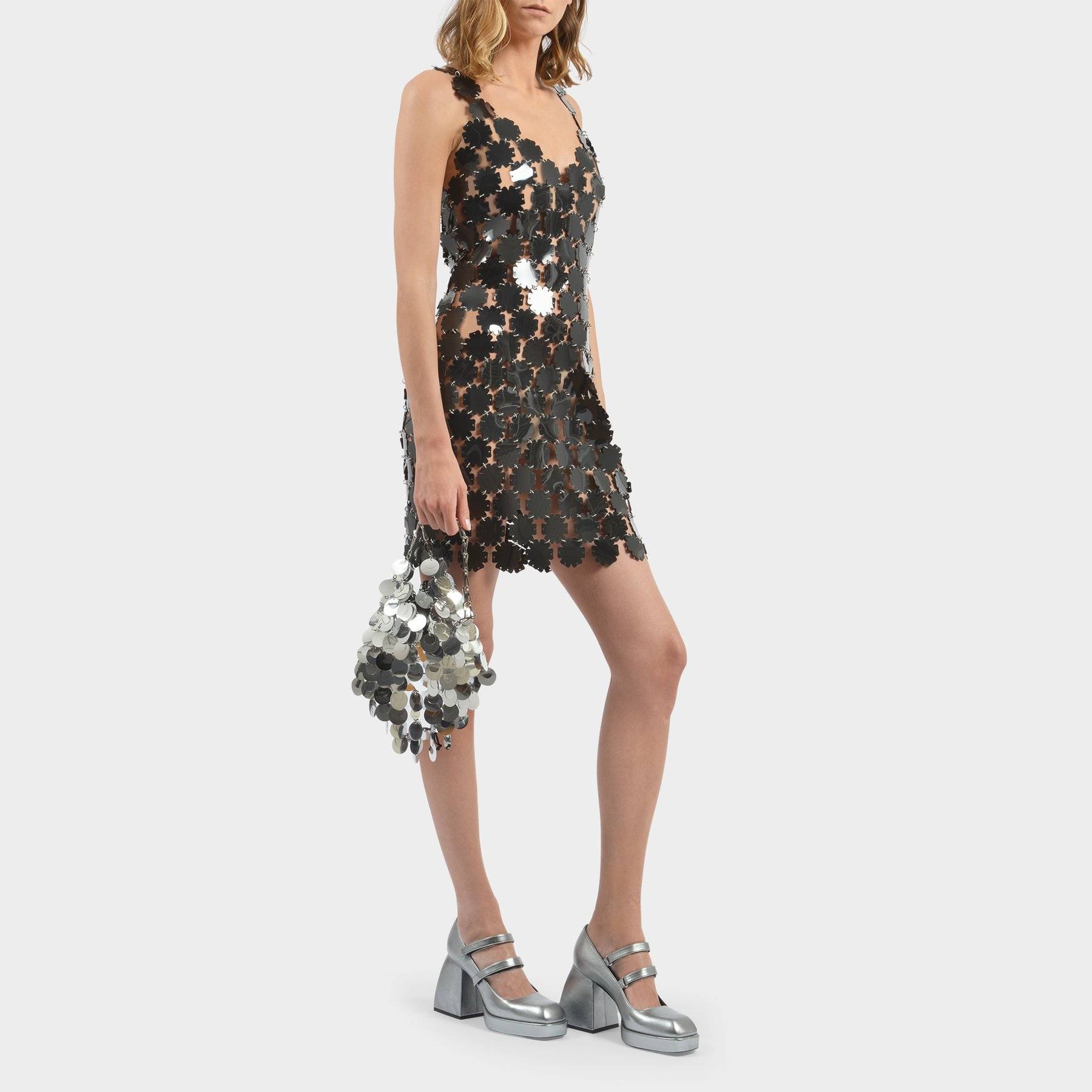 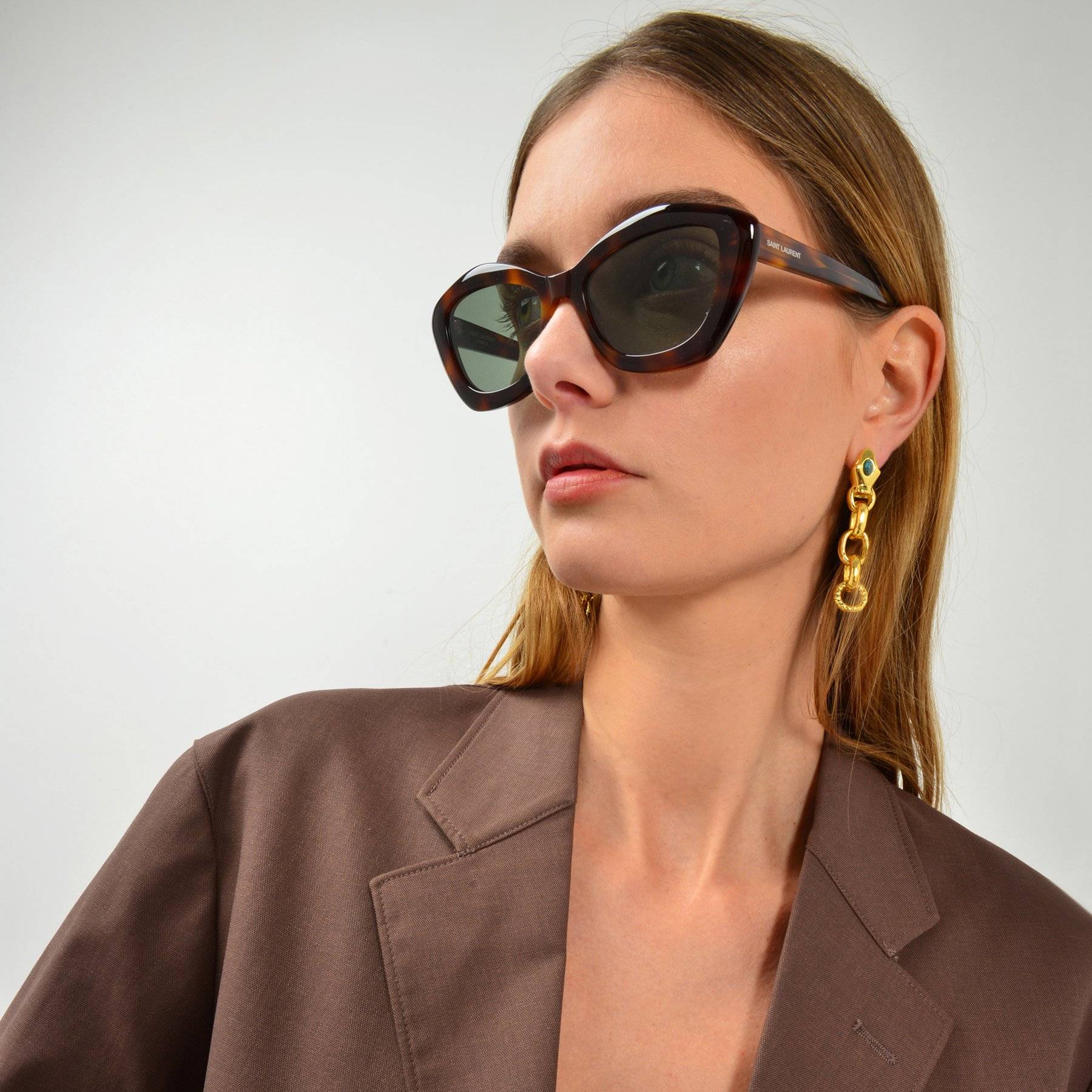 What can we say about this magnificent monster of fashion? Yves Saint Laurent revolutionised everything. And it was during the 1960s that the legendary couturier's domination began. The designer has created a stir on more than one occasion, particularly when he relaunched his career with a ready-to-wear boutique on the Paris Left Bank. His Mondrian dress, its ultra-straight lines and accompanying Roger Vivier shoes have gone down in history, and even today, his genius and his avant-garde spirit remain unmatched.

If anyone were to encapsulate the revolutionary Space Age style, it would undoubtedly be Courrèges. A glorious embodiment of the 60s, Courrèges set about removing all the fuss and frills of the fashion at the time to create timeless silhouettes. With its structural curves, monochrome block colours and ultra-sexy materials, the Courrèges style seems more current than ever. And yet, the fashion house has almost gone under on numerous occasions. Thankfully, the various artistic directors who have taken the helm have managed to keep her above water, and today, Nicola di Felica is creating a buzz with each and every new drop.

Digital Fashion: the future of the industry?

3 LOOKS AND 3 BEAUTY SPOTS FOR A PEACEFUL FOREST STROLL

"Elegance is good taste, plus a dash of daring."